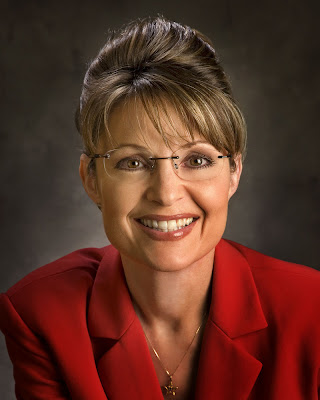 [CLICK HERE TO ENTER THE NET] posted by Jason : 11:27 EST 3 transmissions this net

Ok, gang, let's have some fun.

Ac.e is having some fun at his place by ridiculing ridiculous searches on Sarah Palin that find their way to his blog.

The idea is to flood his site with searches by the hundreds on ridiculous things that he and his moron minions can't blame on me. (That's why I'm not linking directly and that's why I'm not spelling his name out in this post.)

It's not enough just to search...you actually have to CLICK on his site from the google link.

(P.S., Post in the comments what you come up with.)

A Lieberman choice would be disastrous

Rove knows that, and is trying to save McCain from himself.

I have a ton of regard for Lieberman. But if McCain picks a Democrat, who does he plan to raise money from?

More than that, why is someone from the Senate and a nominee for president getting so far down in the weeds that he's arguing operations at the brigade level?

Don't we have about a gazillion layers of generals to allocate force structure and assign missions to divisions and separate brigades? Are we going to go back to the days of Lyndon B. Johnson issuing orders directly to captains and battalion commanders from the White House? Now THAT guy knew how to fight a war!

[CLICK HERE TO ENTER THE NET] posted by Jason : 09:04 EST 0 transmissions this net

Here's my take on the candidate, the scenery, and everything.

Signs of the Cross

There has been much hoo-hah over the last couple of days over John McCain's story of a guard who had loostened his bonds overnight, and who later, on Christmas day, stood alongside McCain outside of his cell and wordlessly drew a cross in the dirt with his foot, stood alongside McCain for several minutes, before erasing it to avoid punishment from his own superiors in the Communist Vietnamese hierarchy.

The lefties, without evidence, accuse McCain of plagiarizing the account from Solzhinitsen -- as if no Christian under persecution could ever have made such a gesture before in recorded history.

By the time of the McCain incident, the Ichthys fish was in common usage as a symbol of Christianity, having been revived from the early Christians living under Roman persecution - a fact that seems to have been lost on the undereducated moron who penned the Kos diary, who heard the story and missed the historical resonance of the gesture, instead laughably thinking that it sounded something like a scene of Ben Hur.

Well, if it does appear in Ben Hur, it's because Cecil B. DeMille did more homework than libtards are accustomed to doing. According to Christian traditions that rather predate the Viet Nam War, early Christians would draw one of the two arcs of the Ichthys symbol in the dirt with their feet. If the person they met in the street was another Christian, the other person would complete the fish. The relentlessly secularist libtards wouldn't know about this piece of history: in their ignorance, they think Solzhinitzen must have made it up out of whole cloth. But Wikipedia says that the Ichthys symbol was back in usage in the Pacific Rim in the 1960s as a discreet symbol of Christian fellowship. (It's not so discreet now that lots of people have Jesus Fish on the backs of their cars. But it was then.)

My point: A practicing Christian would likely have been familiar with the practice of drawing a cross or fish in the dirt with his or her feet - especially a Christian who was practising their faith under the risk of imprisonment, torture, or death, like McCain was, and like that Vietnamese guard.

It's a gesture that has historical resonance to a Christian that it does not to the secular wing of Libtardism, which is no doubt the wing advancing the plagiarism accusation.

The story cannot be proven false; and certainly rings true to me, as entirely plausible.

And libtards, of course, are always stupid.

It doesn't get any better than this.

Had to get a PC for work.

I had to have a PC that would run our gee-whiz proprietary illustration and analysis software and our super-secret, high-speed, low-drag, 100mph encryption system. I got a Toshiba Satellite L-355D-S7815. I got a nice big screen so if I have to show something to senior citizens it's nice and friendly.

And I hate Windows Vista with the intensity of a thousand suns.

It lasted me all of 2 and a half weeks before I had a catastrophic boot-up failure. Nice.

It seems to be working after I spent all morning blowing out files and reinstalling it, so it's a Windows problem, rather than a hardware problem it seems. (I'll have to turn over my computer all day tomorrow for the company to install the secret-squirrel encryption software that protects client data and reinstall the illustration software. So I'll lose a day and a half of productivity on it.).

Even before the crash, though, Vista is slow, stupid, clunky, and does not translate well from Windows XP, which I was familiar with.

Furthermore, I had to go in and rename DLL files in order to get a copy of Office 2003 to work, and it's still not supporting Outlook's export feature fully.

Vista blows chunks. It's f*cked up like a soup sandwich in a chicken wire bowl.

I appreciate my MacBook Pro more and more every day.

Yes, it's been some time! So to the few people who still check in regularly, thanks very much for your patience! All is very well here. Here's what's up in my world:

Longtime readers know of my longstanding interest in financial planning and financial services. And most readers who've been reading lately know that I have been appointed as an insurance agent. Here's the deal:

I love the freedom. I love being my own boss. I love solving problems for families. I love sitting down at kitchen tables and at closely held businesses and solving problems for families. I love the feeling I'm building a practice. The people I work with have been fantastic. The support I get is out of this world, as is the quality of the training I've been getting, both in terms of planning knowledge and expertise, product knowledge, and sales techniques. And let me tell you, sitting at a table with a young couple with no insurance, and looking across the room at two happy children, and working with parents to make sure they're protected against death or disability of one or both parents is truly a labor of love.

I didn't realize how much of one it is until I had brought a couple on board with two young girls, and I was going through the tedious process of preparing the paperwork the next day, and I wanted to get everything right, because all I could think of was the faces of those two girls. This is truly a noble profession, I think, and my only regret is that I didn't do this sooner - some friends have recently become uninsurable because of medical problems such as cancer and a car wreck. One former colleague from the marketing/pr world, is in a nursing home at the age of 32, right now, following a car wreck over memorial day weekend. (I didn't find out till I called him to invite him to get a beer.)

Another friend's brother had a stroke at the age of 29. That was last February. Knocked him out of work for months, and even now he's at a reduced capacity. My own sister, 22, was hit by a car, and injured last month, and knocked out of work for weeks and perhaps months. If I were already working, I would have been able to get a disability plan in place for her.

As another friend put it, I'm in a race against the devil.

So I've been putting in a prodigious amount of hours lately. Between the National Guard and the insurance practice, I've just been going flat out. And so the blog life has suffered.

On the other hand, I'm building a practice, and that's pretty exciting. But like anyone else launching a business from scratch, the time commitment to do it right is extreme. And because I'm with a major company, a lot of marketing support and logistics is already there for me to tap. I don't have to reinvent the wheel. And it's STILL overwhelming. Exciting, but overwhelming.

Anyway, all is well, and as I have time to post, I will. When I do post, though, I start feeling guilty. Because I should probably be working.

That's not a bad thing for a first year agent, though. It's a tough slog just starting out, and the only thing that will get me over the hurdle will be hustling.

My clients aren't rich. But I don't need rich clients to be successful. I do, however, need a rich schedule!

All the best, and thanks for reading!