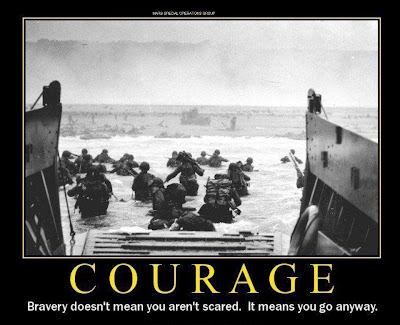 "This is D-day", came the announcement over the British radio. The invasion has begun! According to the German news, British parachute troops have landed on the French coast. British landing craft are in battle with the German Navy, says the BBC. Great commotion in the 'Secret Annexe'! Would the long-awaited liberation that has been talked of so much but which still seems too wonderful, too much like a fairy-tale, ever come true? Could we be granted victory this year, 1944? We don't know yet, but hope is revived within us; it gives us fresh courage, and makes us strong again." --Anne Frank, Diary Entry, 6 June 1944.