Long time readers will remember that I had it out with First Command Financial Services San Antonio-based brokerage back in 2004 over their contractual investing plans - essentially investments marketed to military personnel with a 50% front end load.

As if that weren't bad enough, the funds most often sold in these plans - Fidelity Destiny I and Destiny II, were dogs with fleas, with atrocious performace records.

Well, Fidelity just got caught in the act of deceiving military investors by overstating the returns of these dogs - and two Fidelity brokerages were fined 400k by the NASD.

NASD found that between January 2003 and January 2006, the two broker-dealers violated NASD advertising rules by preparing and distributing various pieces of misleading sales literature. For instance, from May 2003 through January 2006, the Fidelity broker-dealers prepared and distributed a brochure entitled "Time is Money" that included misleading performance claims about the Destiny Plans. According to "mountain charts" contained in the brochures, Destiny Plans significantly outperformed the S&P 500 Index over a 30-year period. But during the most recent 10- and 15-year periods—the time frame most relevant to current and prospective investors - Destiny Plans substantially underperformed the S&P 500 Index. The 30-year time period masked the underperformance of the Destiny Plans over the most recent 15 years.

Finally, the broker-dealers used the performance of Destiny Plan Class O shares in these charts, when new Plan investors could only purchase Class N shares. Class N shares did not perform as well as Class O shares because of higher ongoing expenses. The broker-dealers prepared and sent over 10,000 copies of these brochures to Destiny retail brokers or their registered representatives to use them with both prospective investors as well as current Plan holders.

NASD also found that in May 2003, the Fidelity broker-dealers prepared and distributed a misleading Destiny newsletter to over 325,000 Destiny Plan holders. The newsletter included a mountain chart showing Destiny I Plan performance. While the chart showed Plan performance, Fidelity disclosed the average annual total returns for the underlying mutual fund portfolio, rather than for the Plan. Because Plan holders paid a 50 percent upfront sales charge on each of the first year's payments and a continuing sales charge on each additional payment until plan payments were completed, the average annual total returns for the Plans were significantly lower than that of the underlying funds. NASD further found that Fidelity did not adequately supervise the review of this Destiny sales literature in light of the unusual features of the Destiny products.

The $400,000 fine will be paid to the NASD Investor Education Foundation (a tax-exempt, non-profit organization) to help fund its Military Financial Education Campaign, launched in February 2006. The NASD Investor Education Foundation will use the funds to support educational programs, materials and research to equip members of the United States military and their families with the knowledge and skills necessary to make informed financial decisions. More information about the ongoing, global campaign can be found at www.SaveAndInvest.org.

Fidelity Investments Institutional Services Company and Fidelity Distributors Corporation settled the action without admitting or denying the charges, but consented to the entry of NASD's findings.

Yet another reason to rid yourself of these pathetic funds. Actually, I'd rid myself of these two pathetic broker dealers tomorrow: Fidelity Investments Institutional Services Company, Inc. of Smithfield, RI and Fidelity Distributors Corporation of Boston

...To manufacture a right wing fraud to repudiate George Bush is underway. And Glenn Greenwald proves himself to be remarkably obtuse in the process. Here's GG:

The great fraud being perpetrated in our political discourse is the concerted attempt by movement conservatives, now that the Bush presidency lay irreversibly in ruins, to repudiate George Bush by claiming that he is not, and never has been, a "real conservative." This con game is being perpetrated by the very same conservatives who -- when his presidency looked to be an epic success -- glorified George W. Bush, ensured both of his election victories, depicted him as the heroic Second Coming of Ronald Reagan, and celebrated him as the embodiment of True Conservatism.

That interpretation is just retarded. As is so often the case with the Left, Glenn Greenwald is operating from a set of assumptions about conservatives taken more from left wing bumperstickers than from anything approaching empirical observation.

Conservatives have been putting serious daylight between themselves and the Bush presidency for years, and vice versa. The Democrat's downfall has been their incompetence in failing to realize that, and run a conservative candidate for President to defeat him!!!

Greenwald's underlying assumption - that and Reagan Conservatives ever thought of Bush as one of their own is easily disproven by going back to the 2000 campaign and even before. In a speech in Indianapolis in 1999, Bush characterized the Reagan/Goldwater postulate that government is best when it simply gets out of our way "a destructive mindset."

Bush was never a fiscal conservative. He talked a good game with the tax cuts. But it was years before he vetoed any kind of spending bill. Instead, he was a rubber stamp for an increasingly irresponsible Republican congress. This is well-documented. Andy Sullivan parted company with Bush in this regard long ago, before Sully came off his psychotropic medications.

Bush and social conservatives crossed sabres early and often. Bush crossed them when he agreed to compromise on embryonic stem cell research.

Even the UK Guardian considered him "unideological," as did I, and this was back in 2000!!!

This same George Bush whom Green Glenwald is desperately trying to pigeonhole as a conservative, after all, is the very same Bush who was giving Democrats fits back in 2001 and 2002 by stealing their issues! Case in point: The No Child Left Behind Act that Bush administration officials coauthored with Kennedy.

Honestly, Mr. Sock puppet: Would a conservative ideologue have even considered Harriet Miers for a SCOTUS nomination?

Was the Left Coaster perpetrating a fraud when blogger "pessimist" wrote, in August of 2004, that George Bush is No Conservative?

Didn't William Bryk write The Conservative Case Against George W. Bush in 2004, not 2007?

Would a Goldwater Conservative have aided and abetted the Medicare Spending Boondoggle on taxpayers - the largest entitlement increase in recent memory?

Did not the CATO institute take the Bush energy bill to task thusly: "three parts corporate welfare and one part cynical politics...a smorgasbord of handouts and subsidies for virtually every energy lobby in Washington" that "does little but transfer wealth from taxpayers to well-connected energy lobbies." (Taken from the Bryk essay linked to above).

All this happened long, long before Bush's recent polling troubles.

And people like Michelle Malkin have been blasting the president's determined negligence on border enforcement for years - and justly so.

If Bush were such a damn conservative, they wouldn't have to describe his post 9/11 foreign policy as "neo-conservative." They would just call it "conservative." And only the most ignorant or obtuse (read: GG) could possibly argue that George Bush's post-9/11 foreign policies could not be distinguished from the paleoconservatives - the ones in the GOP who opposed Clinton's intervention, for example, in Kosovo (which I supported, by the way.)

Bush's foreign policy is about as unconservative as you can get. Rather, Bush's foreign policy - when he doesn't chicken out, which is too rarely - is liberalism personified: A commitment to emerging democracies and the willingness to shake up the status quo in order to further the cause of freedom abroad. The 'drain the swamp' strategy in the middle east is the antithesis of conservatism.

In order for the sock puppet to create this ridiculous thesis, he has to ignore nearly the whole of the political history of the last eight years.

And the sock-puppet's echo chamber of Salon doofuses simply reinforce his stupidity.

My favorite commenter is the one who accuses Bush of "raising taxes."

If Bush raised taxes, why are so many Democrats wanting to repeal the Bush Tax Cuts?

If Bush raised revenues, isn't that simply a roundabout admission that supply side economics works when it comes to stimulating growth?

Greenwald is simply nauseating here. I cannot fathom why he has become as big as he has. He's not that smart. He turns a pretty phrase now and again. He just doesn't understand them.

Then again, the media - including the America-haters at Salon* - will let a writer get away with anything as long has he's a lib.

A conservative writer has to be five times better than a liberal to get a break with a mainstream publication. And maybe not even then.

Salon editor Gary Kamiya wrote: "I have a confession: I have at times, as the war has unfolded, secretly wished for things to go wrong. Wished for the Iraqis to be more nationalistic, to resist longer. Wished for the Arab world to rise up in rage. Wished for all the things we feared would happen. I'm not alone: A number of serious, intelligent, morally sensitive people who oppose the war have told me they have had identical feelings."

This is in an essay he wrote "celebrating" the fall of Saddam Hussein.

No, Gary. Serious, intelligent, morally sensitive people do not wish for the death of U.S. troops and our allies, and that is exactly what you wished for. Such people are unserious and morally blinded, by definition. If they are intelligent, it is only in the sense of an elevated ability to betray their countrymen.

[CLICK HERE TO ENTER THE NET] posted by Jason : 00:45 EST 5 transmissions this net

Military-Media Relations Through the Ages 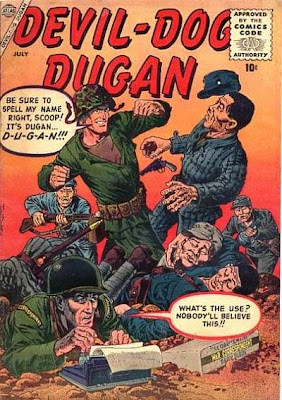 Military Cluelessness at the AP

Six long years of war and the Associated Press still can't find a damn reporter who can tell the difference between officers and NCOs.

WASHINGTON - Even as troops in Iraq and
Afghanistan are serving longer and more often — three, four, even five times — roughly half of Americans in uniform have not been sent at all.

That's partly chance, partly a matter of timing. It also illustrates the massive organization on the home front to support an army in the field.

Whatever the reason, it didn't seem fair to Marine Sgt. Matthew Clark, who sits behind a desk in Illinois but has asked to "go to the fight" instead.

"All these other Marines are going — they've been a couple times," said Clark, who's been in the service since 1998. "It's about time that I get out there and give someone else the opportunity to stay home."

The 28-year-old logistics officer at Scott Air Force Base will get his chance — he recently got orders to transfer this summer to a unit going early next year to Iraq.

Sure, some reporters are green. But why assign such a person to cover the military? And if you're going to assign her to an unfamiliar beat, is it too much to ask that she at least get an editor somewhere in her chain who can provide some backup?

Apparently, it is! From the AP:

When the number of troops in Vietnam peaked at more than half a million in 1968, the Army had more divisions deployed in Southeast Asia than it has in its 10-division force today. The military shrank for decades after that war, the draft was abolished and the professional, all-volunteer force started.

Wrong, dorks. The Army has a twenty - division force today, not a ten division force: Ten active, ten more in the National Guard.

There are also thirteen shell divisions in the U.S. Army Reserve, though they don't currently oversee maneuver elements.

But the Associated Press, apparently, is totally unaware of the existence of half of the Army.

If you're going to do drive-by media coverage of the military, you need to at least slow down long enough to get an accurate sight picture before pulling the trigger.